7 More Time Travel Books You Should Know About 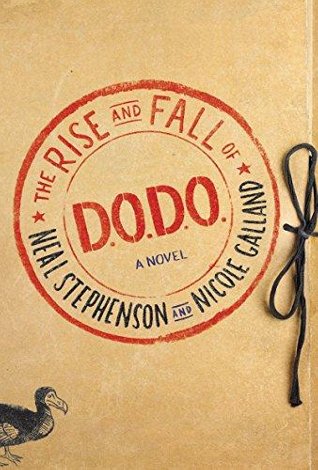 If you like stories about time travel (and who doesn't?) here are seven recent time travel books you'll want to know about…

The Rise and Fall of D.O.D.O. by Neal Stephenson & Nicole Galland

What do you get when one of science fiction's most meticulous authors teams up with an historical novelist? You get a hefty and thoroughly imaginative near-future thriller that combines magic, secret government organizations and time travel. Melisande Stokes is a linguistics expert enlisted by military intelligence operator Tristan Lyons to figure out why magic, which actually existed and was practiced for centuries, is being blocked by technology ever since it was ushered in by the scientific revolution and the Age of Enlightenment. Their mission: to bring magic back into the realm of possibility. Their modus operandi: travel back in time to make it so.

And the Rest is History by Jodi Taylor

Taylor's screwball time travel series The Chronicles of St. Mary's sees its group of history-hopping heroes once again trying to thwart the dastardly doings of time-travelling terrorists. In this eighth installment, perhaps a bit more tragic than previous stories, an old enemy returns and he has his sights set on Madeleine Maxwell and her compatriots. Readers will be whisked from the Egyptian desert in the time of Pharaoh Cambyses II to the Battle of Stamford Bridge to the Sack of Constantinople in a fast-paced emotional thrill ride through time.

The Long and Short of It by Jodi Taylor

Jodi Taylor's not done with you yet! The hallowed halls of St. Mary's Institute of Historical Research – the front for the group of time travelers trying to answer history's nagging unanswered questions – have many more stories to tell. Eight of them are contained in this new collection of time traveling adventures. Despite being a group of disaster-magnets that attract trouble wherever they go, these stories highlight a hallmark of the series: the light-hearted tone and British wit that pervades the entire series. Come for the historical trips to meet Julius Caesar and Shakespeare and see the vistas Ancient Rome, then stay for the fun adventure.

Empire of Time by Daniel Godfrey

In the book New Pompeii, the race to control renewable power led one energy giant to stumble upon technology that allows them to transport matter from the past; a technology they use to create a modern-day replica of the historical city Pompeii and populate it with real Romans pulled from the actual doomed city just before the volcanic eruption destroyed it. Here's the thing: Romans don't like being captives. In the sequel Empire of Time, fifteen years have passed and the Romans have kept the outside modern world at bay by threatening to alter time forever using the same technology that brought them here. Nick Houghton, the project's historical advisor, suspects that the real reason the Romans haven't already used the tech is because they haven't perfected it yet. Now, an outsider wants to help the Romans pull the trigger.

Time After Time by Karl Alexander

Alexander's 1979 genre-aware time travel adventure was the basis for two adaptations: a 1979 film starring Malcolm McDowell, David Warner and Mary Steenburgen and a 2017 television series since cancelled in the US but broadcast in full overseas. Its recent reissue to coincide with the TV show is good news for readers looking for time-traveling fun. Time after Time imagines that writer H.G. Wells, who wrote the time travel classic The Time Machine, actually did invent a time machine that he showed to his friends. Unfortunately, one of his friends is secretly Jack the Ripper, who steals the machine to land in San Francisco in 1979. Feeling responsible, Wells follows him to 1979 to find the Ripper is up to his old tricks killing women in a grisly fashion. Next on his list: Wells's new love interest, Amy Robinson, whose modern attitudes both astound and attract the inventor from another age.

In this fast-paced time traveling adventure, the American dream is at risk of literally being lost forever. Eli Teague comes from a small town where nothing interesting ever happens.  Then he meets an adventuress named Harry who travels the waves of the timestream while being pursued across the millennia by the so-called "faceless men". Eli learns that Harry is part of a shadowy faction called The Chain, which utilizes time travel to fix things that are broken. Eli joins up with Harry to help he save the American Dream, an incarnation of the values of the country's Founding Fathers.

Time travel is the theme of the latest edition of the always enjoyable Gothic Fantasy anthology series, which aims to collect new fiction alongside speculative fiction classics. Time Travel Short Stories offers readers a wide variety of time travel stories – not only regarding the age of the stories, but also in the handling of the time travel theme –  showing how diverse fiction can be even when tales revolve around the same sub-genre. For example...See how technology can displace an oppressed woman to a more female-friendly age in L. Maria's Child's classic "Hilda Silfverling." Revel to Brian Trent's "Omnipunks," a whip-smart mashup of cyberpunk, steampunk and alien invasion (and, yes, time travel). Feel the raw, bittersweet drama of "A Brain, A Heart, A Home, The Nerve" by Valerie Valdes. This volume also contains Philip Francis Nowlan's 1928 novella "Armageddon – 2149 A.D.," which was the first appearance of man-out-of-time Buck Rogers.

There are lots of great time travel stories out there, so start reading! Time's a-wastin'!