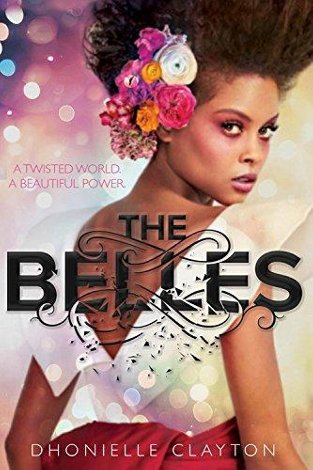 The Belles, by Dhonielle Clayton

I shrieked when I opened a box of new arrivals at the library on Friday and found The Belles sitting there, just waiting to be catalogued and processed. I know I’m not remotely alone in having it at the tip-top of my list this month—the word-of-mouth around it has been powerful and sustained!

In case you’ve missed all of the buzz: it’s the first in a duology fantasy about six sisters who have the power to transform appearances—and about what happens when one of the sisters finds out that that power comes from a much darker place than they’ve been led to believe. Starred review.

I am always here for books written in dictionary format.

And also for retellings of Frankenstein. (And, okay, yes: also for books with ‘cadaver’ in the title.)

The Serpent's Secret, by Sayantani DasGupta

AND I’m also ALSO always here for fantasies that make me laugh out loud, and the Kirkus review promises that this middle grade debut will! Also: Interdimensional! Demon! Slayer!

The Prince and the Dressmaker, by Jen Wang

Almost twenty years later, and Speak is still as powerful as it was in 1999—and I can’t imagine someone more well-suited to adapt it to comic format than Emily Carroll. I’ve been looking forward to this for a long, long time.

The Prince and the Dressmaker, meanwhile, is an original fairy tale about a prince who loves to wear beautiful dresses and the dressmaker he hires to create them—while Kirkus felt it was “optimistic[ally] shortsighted,” to MY ears, the premise sounds utterly delightful.

All Out: The No-Longer-Secret Stories of Queer Teens throughout the Ages, by Saundra Mitchell

One of my goals this year is to read more short stories*, and Saundra Mitchell has provided! This collection of historical shorts is about—as you’ve likely gathered from the subtitle—queer teens throughout history. Starred review.

Blood of a Thousand Stars, by Rhoda Belleza

Sequels to Empress of a Thousand Skies and Wintersong!

The Apocalypse of Elena Mendoza, by Shaun David Hutchinson

Faith, miracles… and maybe, the apocalypse.

Between the Lines, by Nikki Grimes

A companion novel to Bronx Masquerade!

Fantasy set partially in another world, partially in an alternate version of 1800s Italy. Colonialism, politics, and people with the power to alter reality—and create entirely new worlds—with their words. Starred review.

Americanized: Rebel Without a Green Card, by Sara Saedi

A memoir about growing up undocumented in 1990s California. Starred review.

There are lots more on the way—let me know if I’ve missed something vital!

*I’ve read 41 so far, so I’m slightly ahead of my one-story-a-day goal—but it’s still quite early in the year, so I’m not feeling cocky… YET.