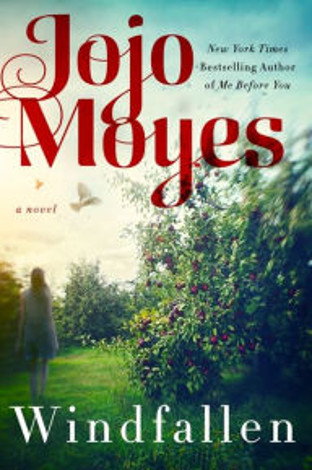 It’s a gloomy rainy day in Wisconsin as I write this, a perfect day for reading.

Last week I mentioned that I’d downloaded Nadia Hashimi’s The Pearl That Broke Its Shell, as well as Jenny Han’s To All the Boys I’ve Loved Before.

I have to be honest, Hashimi’s book is beautiful and tragic, and, while I’m hoping for a happy ending, I find I can only listen to it in bits because the plight of the women of Afghanistan is so hard to read about that I like to take breaks for some lighter reading in-between.

I’m about 2/3 of the way through and I’ll write more later, but if you’re an eclectic reader, I highly recommend Hashimi’s book, even though it can be hard to read. We should all read books that give us a glimpse into other lives and cultures, especially ones that are so different from our own, and especially when they are reminders of the problematic realities of women in other times and places.

But more on that soon. I’ll be doing a full write-up on the story when I finish it.

As for some lighter fare, I did really enjoy Han’s To All the Boys I’ve Loved Before. I only occasionally read young adult novels, mostly because it’s not my niche, and, while I often find the storylines engaging, I do sometimes find the completely realistic teen angst and hand-wringing hard to take, since it was bad enough living through it *mumble mumble* years ago when I was in high school.

There was a good deal to like in this cute coming-of-age book that has a couple of teen love triangles as part of the storyline, and a golden boy you’re not really supposed to like, but wind up won over by, as well as the boy next door who you’re obviously led to root for, and you do—but in the end, Han turns the story upside down and leads us on a merry romantic chase, while also exploring a close family and a unique set of sisters who are settling into new patterns once the eldest sister goes off to college—in Scotland.

A sweet, charming read and I’ll be reading more from Han.

(Some other fave YA writers are Stephanie Perkins and Huntley Fitzpatrick, both of whom I simply love.)

In my second break from Hashimi’s book, I took up Windfallen, a new-for-me novel by Jojo Moyes which was originally published in 2003 and rereleased a couple of years ago. It revolves around a mansion in a sleepy English seaside town in two timelines, the 1950s and a contemporary one (early 2000s). Definitely a polished and interesting read exploring love, loyalty, and expectations (as well as surviving a love affair when it goes awry). Moyes is one of my favorite authors and I really enjoyed this title, though it started out a little slowly. It definitely picked up after a few chapters, and while there were a few surprises in the plot, it’s really Moyes’ ability to delve into personalities, motivations, and the stories we tell ourselves that make her novels so distinct and compelling. I haven’t been disappointed by a Moyes title yet, but I especially love The Girl You Left Behind.

An author I highly recommend.

So what are you reading this week? I’ll be finishing The Pearl That Broke Its Shell and I have tons of choices from the Read-a-Romance history posts. I also just downloaded The Royal We, which I’ve heard great things about.

So many great books!