Fatal Finishers: Ring Out 2016 with Mystery and Mayhem, Part II 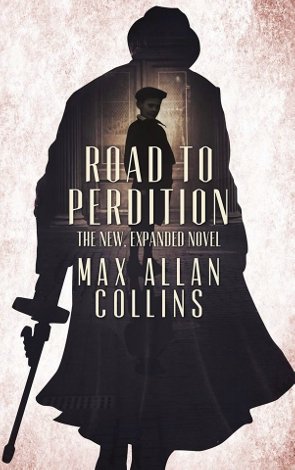 One of the more interesting and important events in the crime-fiction world this season is the move by Syndicate Books, a Brooklyn-based partner of Soho Press, to publish a seven-volume compendium of the complete works of Margaret Millar (1915-1994), a Canadian-born Southern California wordsmith whose 45-year career has been long overshadowed by the success of her husband, Kenneth Millar, the author better known as detective-fictionist Ross Macdonald. Only recently, and thanks in part to renewed interest in what’s come to be known as “domestic suspense fiction,” have Margaret Millar’s talents as a master of character development, student of human psychology, and genius of the unforeseen plot twist gained broad reassessment. Syndicate’s reissuing of her 25 novels marks the culmination of efforts to win this 20th-century noir stylist the recognition she has for so many years deserved. The initial paperback volume, Collected Millar: The Master at Her Zenith, is to be released this week and contains five books, among them Beast in View, the 1955 tale that scored her an Edgar Award for Best Novel. Collected Millar: Legendary Novels of Suspense should roll out in November, its contents including A Stranger in My Grave (1960), the story of a housewife plagued by memory loss and bad dreams linking her to bygone bloodshed. The final five of these tomes, which will include Millar’s short fiction and a 1968 memoir, are expected to reach stores over the course of 2017.

While Millar’s oeuvre deserves attention, it’s far from the only fresh addition to the crime, mystery, and thriller field that American booksellers will want to stock over the coming four months. Keep an eye out, too, for Stuart Neville’s second case challenging Belfast police detective Serena Flanagan, So Say the Fallen; Reed Farrel Coleman’s third Jesse Stone mystery, Robert B. Parker’s Debt to Pay; Elly Griffiths’ Smoke and Mirrors, about magic and other misdirections in 1950s Brighton; Joe Ide’s IQ, which follows an unlicensed investigator in Los Angeles skilled at unraveling “puzzles too delicate or perplexing for the LAPD to handle”; Sharon Bolton’s tale of a charismatic and manipulative serial killer, Daisy in Chains; Mario Giordano’s Auntie Poldi and the Sicilian Lions, dealing with a German expatriate’s search for a missing handyman; Kate Moretti’s woman-with-a-hidden-past thriller, The Vanishing Year; Under the Midnight Sun, Japanese author Keigo Higashino’s standalone built around a cop’s decades-stretching pursuit of a pawnshop owner’s killer; and Danish writer Thomas Rydahl’s The Hermit, which finds an aged taxi driver-cum-sleuth probing the passing of an infant in the Canary Islands.

In my last Kirkus column, I highlighted novels due out in September and October. Below, you will find five more estimable reads, all set to reach stores in November and December.

In 1998, Max Allan Collins published a graphic novel titled Road to Perdition, illustrated by Richard Piers Rayner. Its Depression-era gangster story focused on Michael O’Sullivan, a hard-nosed but principled enforcer/hit man—nicknamed the Angel of Death—who works for John Looney, the Irish-Catholic boss of a criminal kingdom in northwestern Illinois (a player based on a real historical figure). Long ago taken under Looney’s wing, O’Sullivan has made a comfortable life for himself, his wife, and their two sons, 11-year-old Michael Jr. and his younger brother, Peter. But after Michael Jr. witnesses a homicide instigated by Looney’s warped son, Connor, the self-protective Looneys move to exterminate the entire O’Sullivan clan. Michael Jr. and his father escape the carnage, though, and light out for Perdition, Kansas, where the boy’s aunt and uncle reside. Along the way, the vengeful Angel engineers a bank-robbery scheme, with Michael Jr.’s assistance, that he hopes will hurt Looney and make protecting Connor a liability. In 2002, a big-screen picture based on Road to Perdition, starring Tom Hanks and Paul Newman, hit American screens. At the same time, a tie-in novel penned by Collins reached stores. However, it wasn’t the book Collins intended it to be. As the author explains here, his 70,000-word novelization of his comic-turned-film was subsequently slashed almost in half, with anything that didn’t appear in the movie being sacrificed. Only now is the full tale reaching print. Far richer in historical detail and characterizations than either the flick or the graphic novel, and boasting keener insights into the father-son relationships that propel Collins’ plot, this much-expanded Road offers a simultaneously tense and moving reading experience, and a valuable introduction to the two underestimated novel-length sequels—Road to Purgatory (2004) and Road to Paradise (2005)—Collins crafted in the wake of the Hanks film.

From the American Midwest of 1931, we move back to 1855 England, the backdrop for Ruler of the Night, David Morrell’s closing entry in his rewarding trilogy of latter-day “sensation novels” featuring essayist and notorious drug addict Thomas De Quincey (best known for penning Confessions of an English Opium-Eater) and his youngest daughter, the resourceful and self-confident Emily, as amateur sleuths. Poaching on literary territory usually occupied by UK novelists Edward Marston (The Railway Detective) and Andrew Martin (The Necropolis Railway), Morrell this time imagines the De Quinceys tackling the first human slaying on an English train. (In fact, the earliest such crime occurred in 1864 and provided the basis for Kate Colquhoun’s Murder in the First-Class Carriage; but Morrell assures readers, in his acknowledgements, that the details of the offense described here are “essentially” those of the real-life incident.) Mid-19th century Brits, including the Opium-Eater, decried their country’s rapid railway expansion as threatening to social traditions as well as public health, and the mortal stabbing of Daniel Harcourt, an attorney with powerful clients, on a coach speeding from London to the Lake District seems likely to exacerbate those qualms. Fortunately, De Quincey and Emily are riding that iron horse, too, traveling north to prevent a landlord (to whom the Opium-Eater owes money) from selling off a trove of his beloved books. While the railway company wants this tragedy resolved post haste, the circumstances of Harcourt’s demise—the fact that he was to deliver an investigator’s report to a client, and that the investigator himself perished soon afterward—defy efforts by father and daughter to determine whodunit. Equally problematic, Harcourt’s other customers don’t want Scotland Yard poking about in his files, and the roots of De Quincey’s drug addiction come back to haunt him. If this truly does mark an end to Morrell’s dependable series, at least it goes out on a high note.

Are there any small towns left in America that can’t be cracked open to find embarrassing, grim secrets? Certainly not Cedar Valley, Colorado, the vacationland setting for Emily Littlejohn’s sharply rendered debut novel, Inherit the Bones. The killing of a clown who’d been part of a traveling circus throws local law enforcement for a loop when it’s learned that his real identity wasn’t Reed Tolliver, but that he was instead Nicky Bellington. The son of Cedar Valley’s mayor, Nicky had supposedly died in a hiking mishap three years earlier. Assigned to investigate this brutal affair is Gemma Monroe, a six-months-pregnant deputy with serious pizza cravings, whose geologist boyfriend is off in Alaska, and therefore unavailable to help her sort through her thoughts and suspicions regarding the case. She’s left with a new partner, rookie cop Sam Birdshead, whom she doesn’t trust as she searches for clues to the present crime in the reopened file on Nicky’s disappearance. Finding little there, she starts plumbing Nicky’s alternative life as Reed Tolliver, only to again be left flailing. Instinct tells her the present-day butchery is related to the deaths of two boys decades ago, but it’s only in her nightmares that proof of any such connection might exist. A likeable cast and a preponderance of unpredictable turns in the action make this a promising series start.

While readers immediately associate Erle Stanley Gardner (1889-1970) with Perry Mason—the incredibly successful Los Angeles defense attorney about whom he composed more than 80 novels—Gardner also penned, under the pseudonym A.A. Fair, 29 rather more outrageous tales about mismatched private eyes Bertha Cool and Donald Lam—or at least that’s what everyone thought. However, a “lost” 30th Cool and Lam novel has now come to light, The Knife Slipped. Apparently, Gardner concocted Knife as the second entry in this series, following 1939’s The Bigger They Come; but publisher William Morrow objected to its casting Mrs. Cool, a stout cheapskate of a woman who’d inherited her LA detective agency from an adulterous husband, as profane and not above gypping her clients. An Afterword in Knife speculates Morrow might have taken issue as well with Gardner’s portrayal of Lam’s fallibility, something that “brainy little runt” was less prone to in subsequent books. This rediscovered mystery begins with an overprotective mother and her daughter employing B. Cool—Confidential Investigations to look into the presumed philanderings of the younger woman’s spouse, Eben Cunner, who works for an automobile accessories wholesaler. Although Lam, a disbarred lawyer, is still learning the shamus game, he soon ferrets out the fact that Cunner has rented not one, but two, separate apartments under aliases. At one of those he’s been spotted with a comely blonde claiming to be his sister, and at both he has welcomed cops and firemen at odd hours. This is obviously not a simple hot-sheets case, but before our gumshoes can fathom its complexity, Cunner is murdered and suspicion falls on Lam and the chestnut-haired switchboard operator, Ruth Marr, who found the corpse. There are plenty of narrative contortions and distortions of the truth in these pages, but some semblance of justice is eventually reached. Knife’s cover art, by Robert McGinnis, provides icing on a very satisfying cake.

I’ve been enjoying Loren D. Estleman’s series about unreconstructed Detroit PI Amos Walker (The Sundown Speech) ever since it kicked off in 1980. Yet like Gardner, Estleman has created a second, more lighthearted sequence of novels, this one starring a young Los Angeles “film detective” by the name of Valentino, who serves as an archivist for UCLA’s Film Preservation Department and lives in a historic but rundown movie theater that he is slowly (and expensively) restoring. The fourth Valentino misadventure was Shoot; the new fifth, being released just nine months later, is Brazen. It finds our celluloid-seeking hero coming to the aid of police detective Ray Padilla, who’s pursuing a serial killer with a distinctive pattern of criminal behavior: all of the slayings—including that of one of Valentino’s friends—are carefully staged to re-create the last moments experienced by blonde-bombshell actresses from the past, among them Marilyn Monroe and Thelma Todd. While Lieutenant Padilla worries Valentino might actually be behind this crime spree, he doesn’t refrain from tapping the latter’s encyclopedic knowledge of Hollywood. Brazen is a spirited, film trivia-rich tale from a veteran film enthusiast. Readers who enjoyed the late Stuart M. Kaminsky’s collection of historical Tinseltown mysteries featuring Toby Peters, or who reveled in Jonathan Gash’s stories about antiques “divvie” Lovejoy, should find much to like in the Valentino yarns.

Need more reading suggestions? Check out The Rap Sheet’s picks of more than 320 works of mystery, crime, and thriller fiction—from both sides of the Atlantic—scheduled to reach bookstores between now and New Year’s Day, 2017.