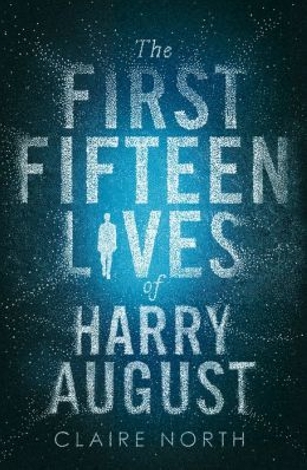 “I am writing this for you.

You know, already, you must know.

It starts with the beginning of the end. When Harry August is living his 11th life, he receives a message passed down the generations from child to adult, child to adult, from 1,000 years forward in time to Harry’s death bed. The message, relayed by a child (as it must be) says that “the world is ending, as it always must. But the end of the world is getting faster.”

When Harry is reborn into this 12th life, as a holder of such message there is nothing for him to do but to investigate if the roots of the apocalypse lay within his own timeline. Even if takes him several more lives to find out. Even if with every subsequent life, he finds out that events are happening earlier and earlier, accelerating the imminent apocalypse.

But just like the end of Harry’s world, I am also ahead of myself and a few explanations are needed. Harry August is one of those few people—the Kalachakra—who live their lives in circles: Every time he dies, he is reborn in the same time and same place. Each time he regains the memory of his past lives at around age 6, when after regaining awareness of who he is, he starts his new life. Perhaps the easiest, most immediate comparison to be made here is this: Claire North's The First Fifteen Lives of Harry August is Groundhog Day on Red Bull.

Just like in Groundhog Day, certain events (Ned…Ryerson!) remain constant in the linear time of Harry’s lives and, for example, World War II always happens and so does Harry's adoptive mother's death when he is very young. But with every new life, Harry does new things, learns new languages, loves different women and so on and so forth, until he receives the message about the end of the world. This sends him down a path that will keep him occupied for several lives thereafter.

The First Fifteen Lives of Harry August raises a lot of questions. It features an intriguing premise to start with and the fact that Harry is a member of a group of people (and this is where it more significantly diverges from Groundhog Day, since that one story was restricted to the one character) who undergo the same process every time they die is all the more fascinating: Who are they? Why are they like that? Not only that, but some of those form the Cronus Club, an association with the mission to inform new members and help those of the club who are just being reborn. Because here is the thing: a Kalachakra might be reborn but they are never children again since they are born with the memories of who they are. So every time Harry regains his full memories at age 6, he can opt to skip the whole dreadful process of going to school again (since he knows it all already) and just contact a member of the club who will then give him any assistance he might need (a new family, money, etc.). Are they living in the exact same world every time? Or is every life a wholly new one lived in an alternate universe? Another constant question that follows Harry’s lives is that lingering sense of “why me?” Why does this happen to Harry? What is the meaning of his life?

Most Kalachakra undergo stages in their lives. It’s true that the first lives after their very first deaths are traumatizing. No Kalachakra knows what they are until they regain their memories during their second lives and most of them end of up mad and/or suicidal. Their continued existence is often driven by a mixture of experimentation, wild partying and mild acceptance. Some eventually choose to undergo the experience of Forgetting and start over.

It’s no different for Harry, whose first lives were so extremely traumatic that today, in his 15th life, he is still suffering the consequences. Mostly, he experiences life with a strong sense of detachment, a blankness that is partly due to survival instinct, partly due to the fact that he is mnemonic: He remembers everything in every single detail. This blankness unfortunately seeps into the narrative. It could not be any other way, since Harry is the first-person narrator. Although it makes sense from a character perspective for him to be so…apathetic, this ends up backfiring in the way that his voice is forgettable at best, boring at worst. It’s hard to care at all about anything that is happening until very late into the book when Harry almost comes to life as the plot gains momentum toward its climax and in the love-hate relationship between him and his nemesis.

Which brings me to my last comment: I'm unsure about the narrative mode itself. We know from the start that it’s a letter addressed to someone—presumably Harry’s friend/enemy. Harry’s narrative letter is full of details—about the mechanics of being reborn time and again, about the Cronus Club. When the last chapter rolls in and we find out to whom he is writing the letter, the book’s own construct falls apart—at least it did for me. It makes no sense for those details to be part of this letter, since the recipient will know most of those. So inasmuch as the plot is engaging and I was driven to find out how would Harry sort out the impeding apocalypse, the question of authenticity of the narrative mode and the blankness of Harry as a character considerably detracted from the overall experience.

In Booksmugglerish: 5 lives out of 10.