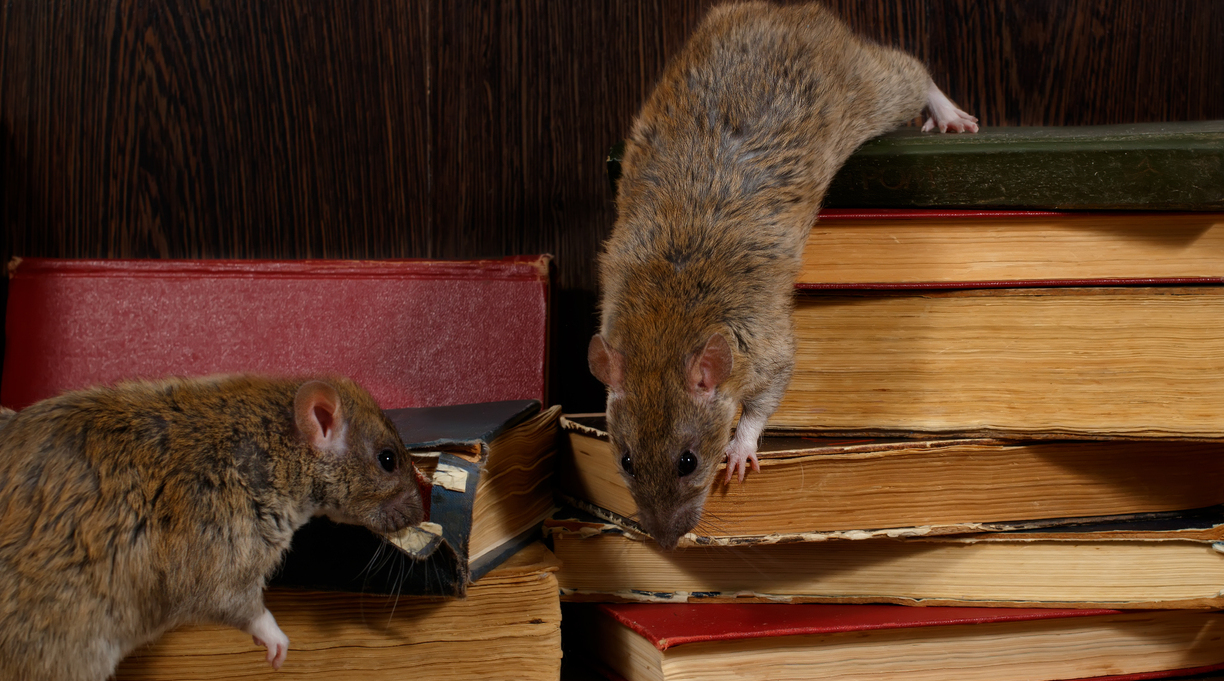 Photo by Tenra via Getty Images

A book drop in a Coeur d’Alene, Idaho, library got an unexpected delivery this week: five pet rats.

The rodents were deposited in the book drop sometime before Wednesday morning, the Coeur d’Alene/Post Falls Press reports.

The rats weren’t injured, but they did leave their mark on materials that were in the bin. A Twitter user posted a picture of the rats alongside books and DVDs. The tiny animals weren’t fans, however—as Michael Priest, the library director, said, “They simply pooped on them.” (Squeamish Idahoans can rest easy; the materials were thrown away.)

It’s not clear who made the unauthorized deposit—surveillance footage recorded the drop-off, but the person in question used clothing to remain incognito.

The rats are now in the custody of the Kootenai Humane Society, which has named them Abbi, Addi, Alfi, Alli, and Aggi. They’re all available for adoption for a $10 adoption fee, with the society’s website noting that “rats make great pets as they are smart, friendly, and inquisitive.”

Vicky Nelson of the Kootenai Humane Society noted that the rats are “pretty easy to adopt.”

If you’re interested in claiming one as your pet, you can find relevant information on the creatures in your local library—just look for Dewey Decimal System number 599.35. But maybe stay away from the book drop.