A Revisit with My First Romance Star 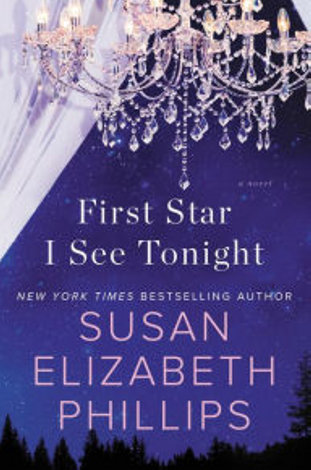 Back in 2012, when I starting reviewing and writing about romance, my first-ever interview was with Susan Elizabeth Phillips, one of my favorite authors.

It was a little breathtaking. There are few authors in the same stratosphere as SEP, and I have to admit to just a little excitement (read, a few actual jumps of joy and squeals of pure pleasure in my kitchen).

If you’re an SEP fan—and if you’re not, you may want to get on that! ;o)—you’ll know that she only has a release every two years.  When I heard last winter that her next book would be another Chicago Stars title, I couldn’t wait to get my hands on it.

After I read it (happiness!), I asked SEP if she’d be interested in having a conversation about it—because the book is great, and it’s always a treat and an honor to talk books and writing with one of the best authors on the planet. (Hey. I can still fan girl a little. And the conversation was fascinating!)

For SEP, the book always flows from some preliminary idea, and then, for the next nine months or so, the writing becomes her exploration of the characters. “There’s not a lot of flesh to the characters at that point. I get words on the page, but it’s in the writing that I dig deeper and deeper into who these people are and what drives them. And the more I understand them, the more they drive the plot and action instead of the other way around.”

As sometimes happens for her, the germ of this book was really a singular mental image. “I had this picture in my head: A woman detective is following a retired quarterback, but he catches her in the act and confronts her—and she claims to be his stalker. A questionable tactic, right? Everything flowed from there. And because Piper and Cooper are very action-oriented, their road to romance is a bumpy journey with a lot of, well, action.”

Since the heroine, Piper, is an aspiring detective, there were certain things Phillips knew about her going in. “I knew she’d be self-confident in a physical way, though not necessarily as a woman—more as a warrior. Her relationships have been more like ‘buddies-with-benefits’ and once men start to get close, she cuts them loose. She’s focused on getting her career in place. She’s also had a problematic relationship with her father, the man who taught her to take care of herself, but clipped her wings at every turn. Who simultaneously expected her to be stoic and strong, yet also smothered her by being overprotective. She’s not looking for a relationship. In fact, she fights with Cooper, the hero, about not being good enough for him.”

Cooper and Piper do a lot of fighting, actually, and that’s central to their relationship. “They’re both hyper-competitive,” Phillips notes with relish, “and Cooper, especially, just doesn’t know what to do with that. He’s never been with anyone like her. She’s super competent, and her tool box is filled with traditionally masculine skills, both physical and emotional. She's perfectly comfortable in ratty t-shirts and toting a gun. She can throw most men to the ground, despite her petite size.  Poor Cooper is used to having high maintenance supermodels on his arm. That’s how he sees himself. So he truly doesn’t know what to do with Piper.

“They’re incredibly attracted to each other, but their competitive natures get in the way. Falling in love with her is a capitulation for Cooper, and falling in love with him is a huge emotional risk she’s not prepared for. It’s a delicious conflict, isn’t it?”

But it’s not only about the romantic conflict in this book, because just as Phillips lightly visited gothic themes in her last book, Heroes Are My Weakness, with FIRST STAR she’s touching on some gumshoe/suspense themes in a fun yet socially conscious way. Due to Piper’s oversized heart and conscience, she embroils herself into rescuing everyone around her, including her teen neighbor and a Middle Eastern domestic who’s practically enslaved by her employers.

Plus there’s Cooper, who’s convinced he wants to own a sophisticated high-end nightclub, though Piper understands that he’s completely out of his element in that world, even though he won’t admit it. And then there are the mysterious threats to Cooper and his club, which he also refuses to acknowledge, and which Phillips uses to dramatic effect for some unexpected plot twists.

“I love the twists,” she admits with a mischievous slope to her voice. “Villains are fun to write, especially when you can get some good twists in. And this is a new kind of story for me, which is very satisfying, especially since I’m always looking for a good way to get back to the Stars. But it’s not always easy to find just the right story, with fresh characters and a new take on the world-building.

“I’ve really enjoyed exploring Piper and Cooper’s characters. They feel fresh to me. Heath Champion and Phoebe Calebow both make appearances, moving the romance and the plot forward, and I loved reconnecting with them. The primary setting is urban Chicago, from Cooper’s high-rise apartment with a rooftop garden, to his downtown club. There’s some Michigan Avenue shopping, Piper’s wanderings across the city, along with a trip to a Minnesota lighthouse and a jaunt to Miami.”

Add in the author’s typical cast of unique, quirky secondary characters, lush emotional depth, and the perfect counterpoint of humor and snark between Piper and Cooper, and you have another soul-satisfying visit to Susan Elizabeth Phillips’ Chicago Stars.

Now unfortunately we have to wait another two years for the next one. {sad sigh}

In the meantime, I asked SEP what recent reads or authors are on her radar and here are some SEP approved picks:

“I truly enjoy writers Liane Moriarty and Jojo Moyes.”
(I love both of these authors, too. I’m especially looking forward to JJM’s Paris-based short story collection, Paris for One, coming out this fall. LM’s recent release, Truly Madly Guilty is not her best ever, but she’s always worth reading. ~ Bobbi)

“I always look forward to Robyn Carr’s next book.”
(She’s so prolific, it’s hard to keep up with her! I really enjoyed The Life She Wants, releasing in September. ~Bobbi)

“And I love how Jayne Ann Krentz can maintain mystery and suspense without a lot of gore.”
(She’s also hard to keep up with! I especially liked her Victorian serial killer mystery that came out in April and received a Kirkus star. ~Bobbi)

“Finally I recently read a charming book, Kitchens of the Great Midwest by J. Ryan Stradal, which has been getting great buzz and reviews—and I agree with them. I thought it was delightful.”
(Agreed. ~Bobbi)

So there you have it.  Some behind the scenes peeks and recs from SEP.

(And I hope you had the chance to read SEP’s lovely Read-A-Romance Month post, which you can find here.)