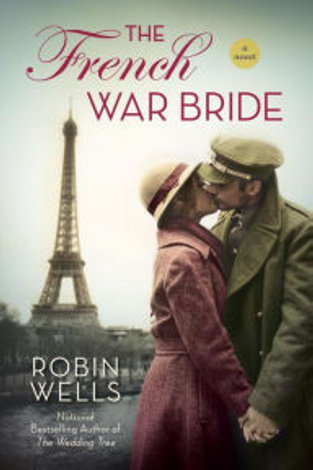 One of my best friends, whom I’ve been friends with since high school, is the Queen of Akron, Ohio. Seriously, Yoly is a master of social media who travels across the city highlighting how amazing Akron is.

Yoly and I grew up in El Paso, TX and graduated together enough years ago that when we say “synchronicity” to many of our friends, it still reminds them of the Police Tour rather than the psychological term.

At the beginning of this month, I traveled to Akron to visit with Yoly and also to participate in PechaKucha Akron (if you’re not familiar with PechaKucha, you can read more about that here). It’s a very fun concept and I had an amazing time with Yoly and Akron, doing a short pro-romance speech.

Romance is my passion, mostly because I absolutely, wholeheartedly believe that romance can be a life-changing positive influence on women, and yet we have been socialized to disparage it.

Yoly tells me that in the week after I spoke at PK Akron the subject of romance novels came up a number of times, and that my speech had made a few people rethink their views on the topic. That news made me happy.

Many of you know that this has been a very roller coaster-y year for me professionally, and a small handful of you know that it’s also been a complicated summer for me personally. But the end of the summer is always August, and for me, August is Read-A-Romance Month.

This year even RARM has been weird…

It’s likely due to the fact that RARM is housed on the website, but most of the traffic comes from Facebook, and the algorithms there—as almost any author will tell you—have curtailed traffic significantly. They want you to buy ads, so they’re not helping you find an audience.

I am a generally optimistic person, but sometimes, when things get hard, I feel knocked down.

I’ve felt knocked down quite a bit this year, and maybe you have too. It’s gut-churning to watch the political conversation and difficult to not feel the fear. It’s heartbreaking to see haters making ground all over the world.

On a more personal level, it’s hard to be attacked, in person and online, for being a romance advocate—as romance readers, we all know “The Look”, the one that says you’re an idiot for reading “those silly books.”

But it’s especially hard when some of the attackers are people you once considered allies, some are even people you considered friendly acquaintances.

I’ve felt a ton of highs and lows this year. Maybe you know about some of them.

But I am honored and privileged to have some very great friends in this world, and I am married to a true optimist. These people in my life remind me of who I am when I am my best self, why I do what I do, and who I aspire to be.

And then RARM comes along, and every essay is yet another reminder of why romance is amazing, and awesome—of why romance matters.

Every single post takes my breath away, one way or another.

This year, as in every year, a lot of people talked about how proud they are to be romance readers.

In her post, Codi Gary talked about being part of a writers’ panel and advocating for romance to a room full of non-romance readers.

Sociologists Jen Lois and Joanna Gregson talked about their academic and sociological advocacy for the genre. I love this paragraph:

Like the romance authors, agents and editors we interviewed, we, too, find that when we tell people we are involved with the romance writing community, their responses range from surprised amusement to playful mocking to outright derision. Sometimes these reactions are followed by negative comments (or eye rolls) about the perceived content of romance books, but more often than not, we get hushed confessions of (secretly) loving romance, coupled with genuine interest in the sociological topics we see in the romance community.

Joanna Shupe encourages us to read romance openly and proudly, and Megan Crane is truly astonished when she meets people who've never read romance (“Mostly, I want to tell them how sorry I am that they’ve missed out on so much goodness for all these years”).

I loved Charlotte Stein’s moment of enlightenment, when she realized she omitted talking about things she loved that had anything to do with romance—and decided to change. (“Romance is the best.”)

And then there was L.B. Gregg’s post, which wasn’t so much about the pride of being a romance reader, but about the connection.

And friends, I got goosebumps.

Not just because her post referred to #Orlando, some serious misgivings, and a lack of motivation—all of which I related to so strongly—but because she found inspiration and connection again in Akron.

Okay, for once, Yoly had nothing to do with the connection L.B. Gregg found in Akron.

But that it happened in Akron? Where Yoly is all about connection, kindness, and community? Where practically everyone I met told me how amazing my friend is and how much she’s doing for her city.

Sometimes I get caught up in the negative, in the things that aren’t working or don’t seem fair; in the moments when people are mean or I feel lonely or left out, wherever I am. And then these tiny slivers of light, truth, and grace shine in on my soul.

I #LoveRomance. I love the camaraderie, the connection, and the inspiration that readers and writers have created within this amazing community.  I love that it is the books, as well as the people who write and read them, that have built it.

We are all part of that. We’ve all helped create that.

(Okay, just one more link—back to the very beginning, and Sarah Morgan’s delightful RARM 2013 Day 1 post - so many yummy nuggets packed into this one. I hope you’ll read it.)

Romance rocks, romance readers are amazing, and this community is the best. And August is always a great reminder as to exactly how and why.

I’ve been really busy with RARM, so haven’t had much time to read this month. These are some of my wish-list reads for August:

Speaking of Sarah Morgan, I don’t just love her essay, I love her books! And I’m very bummed that I haven’t been able to read her New York–set From Manhattan With Love series yet. Sunset in Central Park, a friends-to-lovers title, comes out on the 30th and it’s taunting me on my TBR pile. (Though her Christmas-themed Miracle on 5th Avenue may be even more tempting… that one comes out in November.)

Regency must-read Sarah MacLean has an August release, A Scot in the Dark, which received a Kirkus star.

title (which sounds a little bittersweet rather than a true romance), but I haven’t. {sad sigh}  Still, I’ve heard great things about this author, so if it sounds like your thing, I’ll pass along that recommendation.

I love Jamie Pope and Nana Malone and they have a Kimani release together, A Vow of Seduction (“Two lavish destination weddings set the stage for romance and desire…”).

So what are you reading this month? Other than Read-A-Romance Month essays? ;o)

(Oh - a quick note of thanks to Bustle for including Read-A-Romance Month in their #RomanceNovelAwarenessMonth coverage!)