Some Thoughts on Love 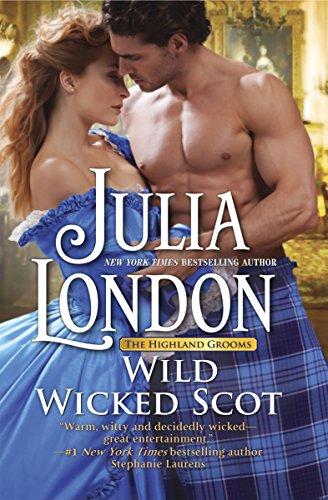 So many people make New Year’s Resolutions to start the year, but for the second January in a row, I’ll be contemplating memories and saying good-byes.

My husband lost his father this week.

There’s a lot of emotion to visit, of course, though he suffered from memory issues and so, in many ways, his family has said their long good-byes for years now.

I have a long drive from Wisconsin to DC in front of me, and I’m very grateful to have a stack of romance novels to take on the journey. I’m not ready for deep reading beyond books that advance the idea that love is powerful and things usually work out.

Because it is and they do.

Armand Dumas was a great father to four wonderful children, two sons, and two daughters from two different marriages. He had a long, joyful, abundant life, and I was grateful to know him. I’m especially grateful that his elder son gained some valuable life lessons from him, because he’s a pretty great husband.

I know it’s cliché and you’ve heard it a thousand times before, but please take some time today to hug your loved ones, and give them three good, authentic reasons why you appreciate them.

If they’re older, do this today, because in a year or two, they may not know who you are, and your opportunity to tell them why they’re special to you may have passed.

And if you’re facing your own challenges with keeping the optimism and hope (on top of this challenge, I’m kind of worried about some current and upcoming world events, beginning in a week or so…) here are a few books to consider as you work on getting through:

Eloisa James’ newest, Seven Minutes in Heaven (which received a Kirkus star), is simply delightful and revisits all sorts of favorites from her Desperate Duchesses series.

“Witty and elusive Eugenia Snowe has all society begging for one of her premiere governesses-except the powerful Edward Reeve, who bursts into her office with his arrogant demands.

No question that Eugenia enjoys crossing wits with the brilliant inventor, but Ward wants far more than a governess. He wants Eugenia, and he’ll stop at nothing to have her-including kidnapping.

Will Eugenia lose her heart in the most reckless gamble of her life, or will she discover the sweetest pleasure she’s ever known?

All it will take is seven minutes…”

James is always a go-to author, but I’ve especially loved her recent titles Three Weeks With Lady X and Four Nights With the Duke, and I put this one right up there with those faves. Eugenia and Reeve are perfect for each other, but Reeve gets in his own way when he misinterprets Eugenia’s social standing then exacerbates things when he chooses to overlook her true value over his perceptions as to what’s important in a wife. (And the children and their escapades are priceless.) Witty and moving, this is a must-read for historical romance fans.

I’m always impressed with the way Julia London can navigate the contemporary and historical genres and come up with storylines that are both compelling and fresh. (If you have somehow missed this talented author, I highly recommend her—I’ve yet to read a book that isn’t smart, lovely, and wonderful.) Her newest title, Wild Wicked Scot (which also received a Kirkus starred review) came out right after Christmas and it was (no surprise!) terrific. Harlequin sent me an audio version, and I’m so grateful because this new series launch was great reading that explored a marriage-of-convenience that had failed but, under suspicious circumstances, is being revisited. I love the way London shows us a teenager who hated her husband and her circumstances, and then lets us watch her grow up and analyze her own choices. Really fascinating and perceptive. The reviewer called it “An absorbing read from a novelist at the top of her game” —and I concur.

Finally, I’m going to round this out with an M/M paranormal romance that someone handed to me with a high recommendation, which I’ll pass on to you. Rogue Magic by debut author Kit Brisby (also a starred review) was a captivating read, but also touched on some really disturbing ideas that we should keep in mind these days. In a modern America where magic exists and has been basically banned due to fear and misunderstanding, a mage saves a group of people from an explosion and then is arrested for using magic. Byron, one of the potential victims, begins to question everything he knows about the magical community, especially when he realizes how horrific the magical community’s planned fate is—and how his family is responsible.

The book comes out at the end of this month and is listed as a paperback on Amazon, but it looks like you can find it in ebook and a lower paperback price at the publisher site Riptide Publishing.

Some great reading in front of you!

I’m finishing up Taylor Jenkins Reid’s One True Loves, which is terrific so far, and just received audio copies of Beverly Jenkins’ upcoming Breathless and Patience Griffin’s It Happened in Scotland. More on those soon!

Happy New Year. Show your love this week! (and this month and this year….)