Writes of Spring: Fresh Crime Yarns to Chase Away the Chill 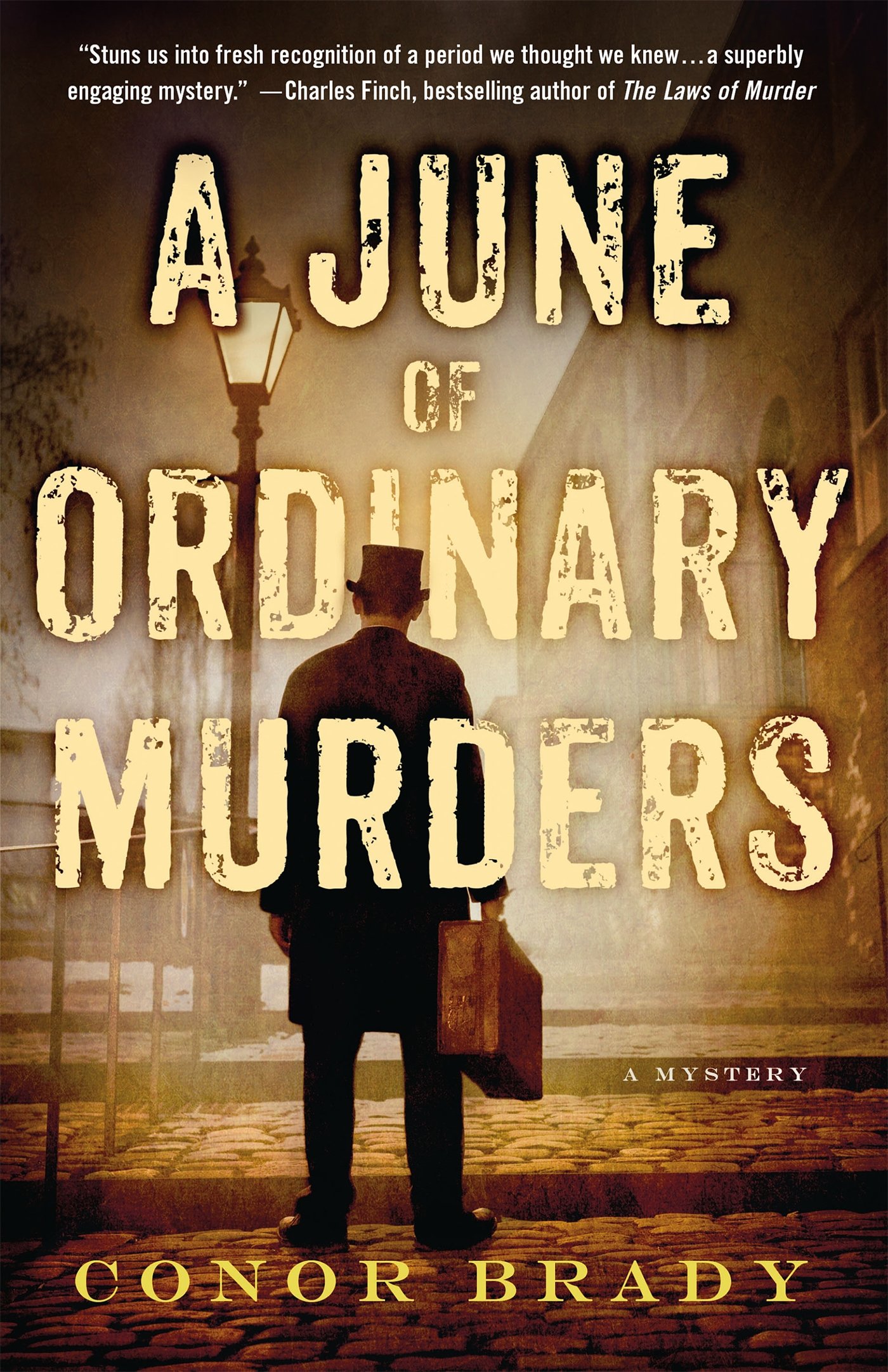 Amazingly, this month marks the start of my fifth year writing about crime, mystery and thriller fiction for Kirkus Reviews. When I go back now to glance through my early columns—including my first, about a handful of the genre’s consistently reliable contributors—I can hardly believe how much I’ve learned to squeeze into these pieces, or how broadly I have cast my net in search of top-notch reading matter.

Something I have learned over all this time is that before sitting down to compose one of my quarterly forecasts of new books worth awaiting in any coming season, I must compile a list of all the crime novels, due for publication in the States during that period, that look even remotely interesting to me. When I undertook that time-consuming task for spring 2015 books, I wound up with a roster of more than 200 titles! Included among them: Olen Steinhauer’s latest spy novel, All the Old Knives (March); Robert Goldsborough’s 10th Nero Wolfe/Archie Goodwin continuation novel, Archie in the Crosshairs (March); Dan Simmons’ The Fifth Heart (March), pairing Sherlock Holmes with author Henry James in a most curious mystery; Susanna Gregory’s new adventure for 17th-century English spy Thomas Chaloner, The Cheapside Corpse (March); Dennis Lehane’s historical gangster tale, World Gone By (March); Donna Leon’s latest case for Italian Commissario Guido Brunetti, Falling in Love (April); Hard Case Crime’s re-release of Gore Vidal’s “lost” 1953 Egypt-set thriller, Thieves Fall Out (April); Robert Wilson’s You Will Never Find Me (April), his second novel starring “freelance kidnap consultant” Charles Boxer; Bruce Holsinger’s portentous The Invention of Fire (April), about gun violence in medieval London; Jo Nesbø’s standalone hit-man yarn, Blood on Snow (April); The Harvest Man (May), Alex Grecian’s fourth Murder Squad thriller, and an oft-harrowing sequel to The Devil’s Workshop; Sharon Bolton’s Falkland Islands–set child-abduction suspenser, Little Black Lies (May); Sam Hawken’s story of multiple dangers on the Mexican border, Missing (May); and Killing Frost (May), Ronald Tierney’s final case for aging shamus Deets Shanahan. (I previously highlighted three additional March publications in my column about early 2015 crime fiction.)

Many of these works, and more U.S. releases, will surely elbow their way onto my reading pile between now and the end of May. But there are six others, mentioned below, that I am particularly looking forward to tackling as the months finally turn warmer (maybe even in snow-blanketed Boston).

Multiple delights can be found in tales about detectives solving crimes under extraordinary circumstances, whether it be in war zones, under prison lock-up or in the midst of natural calamities. Thomas Fool practices his sleuthing in the most unusual of environments: he’s quite literally in Hell. Only this isn’t your usual underworld; Unsworth imagines Hell as a place where damned souls are robbed of their memories and forced to toil endlessly at meaningless jobs, where nothing works properly or gratifies the senses, and where demons lie in wait to harass humans or suck the life energy from them. An “Information Man,” Fool is charged with investigating particularly egregious infractions of the netherworld’s bureaucratic rules, though the bar for such offenses is pretty high in a place where no justice exists. Nonetheless, a recent string of atrocities finally drives him to action. It seems young people are being so gruesomely dispatched, they’re released to Heaven before their penance is complete. Fool must catch whoever’s behind this devilry—something of a challenge, when every possible suspect is already a sinner. There’s lots of wit and creativity on display here, but some of the characterizations seem rather shallow.

The Lady from Zagreb, by Philip Kerr (April):

After taking time out to produce four unrelated novels during the last two years (of which only Prayer has yet been published in the States), U.K. author Philip Kerr offers up the 10th entry in his award-winning Bernie Gunther series. The Lady from Zagreb finds the former Berlin homicide detective serving, in 1942, as a captain in the much-feared Nazi intelligence service, the Sicherheitsdienst des Reichsführers-SS. When Joseph Goebbels, the Fuhrer’s lecherous propaganda chief, wants rising young film star Dalia Dresner brought back to Berlin, so that her talents can be used to advance Germany’s war cause, he sends Gunther. Our c

ynical, Nazi-hating but thoroughly pragmatic hero persuades Dresner to accept Goebbels’ dictates, but only if Gunther finds out what became of her estranged father—allegedly a cleric in Yugoslavia, but in fact the sadistic commandant of a labor camp. While Gunther engages in his search, aided by a played-out SS officer, the author portrays wartime Croatia in all its genocidal chaos, complete with Ustaše terrorists and rifle-wielding Chetniks. Kerr has become a master at concocting gripping, morally hazy World War II–era crime thrillers full of nuanced players.

It was the Edgar Award nominee Black Water Rising (2009) that first drew the attention of crime-fiction readers to Attica Locke. Now she brings us this especially gripping and thoughtful sequel, set 15 years later but also starring attorney Jay Porter. It’s 1996, and Porter has built a successful career from the giant oil-company payout he won in the previous novel. His wife, however, has lately died, leaving him a single and emotionally wobbly parent. So he’s not focused on the latest hotly contested elections in Pleasantville, the traditionally African-American suburb of Houston, Texas, where he lives. Yet on the night ballots are cast—leading to a runoff contest for the mayor’s seat—a young woman named Alicia Nowell, who’d volunteered to help in that race, disappears. She is in fact the third girl to go missing from Pleasantville in recent memory; the first two were briefly held captive before being slain by persons unknown. After Nowell’s body is located and police arrest Neal Hathorne, the nephew and campaign director of Porter’s preferred mayoral contender (and the grandson of their community’s most notable power broker), Porter agrees to represent Neal, not cognizant of the criticism he’ll receive for that decision or the electoral chicanery he’ll expose.

A June of Ordinary Murders, by Conor Brady (April):

The summer of 1887 is a particularly sweaty, smelly one in Dublin. And things are destined to turn still more uncomfortable as the Irish capital awaits two members of Britain’s royal family, coming to help celebrate Queen Victoria’s Golden Jubilee—an event stoking the ire of nationalists who resent that “foreign monarch.” Hopes of peacefulness are upset early by the discovery, in a public park, of corpses belonging to an unidentified man and a boy, both shot to death, their faces mutilated. Det. Sgt. Joe Swallow of the Metropolitan Police, a cynical copper in need of new successes, is handed the case and quickly realizes it’s not the “ordinary” crime he’d thought. The murdered man turns out to have been a woman in male attire, and Swallow’s difficulty in identifying either of the victims leaves him open to press ridicule. If that weren’t bad enough, a local criminal matriarch, Ces “Pisspot” Downes, has died in her bed, leaving her lieutenants vying for control of her empire; and a house servant is found bludgeoned and dumped in a canal. Brady, a longtime former editor of The Irish Times, lashes these plot lines together with sharp writing and well-rounded characters.

The Fatal Flame, by Lyndsay Faye (May):

Fire played an integral role in Lyndsay Faye’s excellent 2012 novel, The Gods of Gotham—her first story featuring Timothy Wilde, a bartender turned “copper star” in 1840s New York City—and its malevolent kiss is felt again in this third Wilde outing (following 2013’s Seven for a Secret). Rubbing elbows with politicians isn’t our hero’s favorite pastime, so he is not happy being involved with Alderman Robert Symmes, a corrupt Tammany Hall official (isn’t that a redundancy?) who’

s under threat by an unknown, far-reaching arsonist. Turning the heat up further on Wilde is his elder brother, Valentine, who’s decided to challenge Symmes in an upcoming election and has thus made both brothers new enemies. When Mercy Underhill, the clergyman’s daughter who long ago captured Wilde’s heart, returns abruptly to his life, it spells trouble. Yet she brings with her an orphaned girl who may have important knowledge of who’s responsible for Gotham’s recent building blazes, if only Wilde can decipher what her enigmatic memories mean. Faye’s re-creations of mid-19th-century New York are rich with exotic sights and smells, as well as delightfully eccentric personalities.

Mañana, by William Hjortsberg (May):

William Hjortsberg is best known for penning Falling Angel, a 1978 hard-boiled detective yarn-cum-supernatural thriller that was turned into the 1987 big-screener Angel Heart. He followed that with Nevermore (1994), which imagined fictionist Sir Arthur Conan Doyle and magician Harry Houdini chasing a serial killer through Jazz Age Manhattan. Now in his mid-70s, Hjortsberg awaits the release of his new novel, Mañana, about a drug-fueled nightmare in Mexico. It’s the late 1960s, “the winter after the Summer of Love,” and young marrieds Tod and Linda have briefly escaped their humdrum jobs in the States for a trip to Mexico, where they intend to smoke their body weight in pot, guzzle beer and tequila, and revel in boisterous sex. But one morning, while staying at a beachside duplex, Tod wakes up covered with blood, his senses still in tatters from his first heroin shot and a naked, dead prostitute beside him. Linda and the hooker’s ex-con boyfriend have vanished, along with their possessions. However, Tod still has his hunting knife, and it’s soaked in blood too. Does that mean he killed the hooker, or that Linda has been kidnapped and he’s left to take the full rap? Intending to find out, Tod buys a gun and hits the road to collect his beloved. Along the way, he stumbles on more than his fair share of low-lifes and learns that people are never quite what you expect. Mañana is a quick and often amusing read, with a stunning finish.