The Futurians and the 1939 World Science Fiction Convention 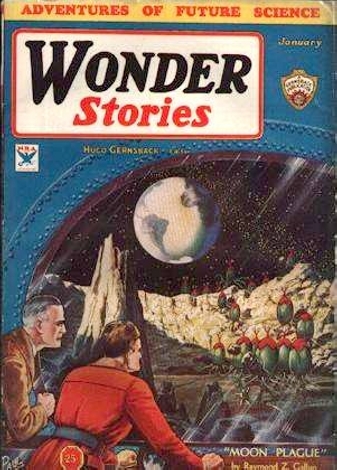 The Futurians were pissed. It was July 2nd 1939, and the first ever World Science Fiction Convention, Nycon I, was about to begin. The convention was held in conjunction with the New York World's Fair, with an appropriate theme: “The World of Tomorrow.”  Long anticipated by the region’s fans, six members of the fan group—Donald Wollheim, Frederik Pohl, John Michel, Robert A. W. Lowndes and Jack Gillespie—weren't allowed through the doors by James Taurasi, one of the convention’s organizers. The confrontation was the culmination of a series of rivalries and personality conflicts that defined the early days of Science Fiction fandom.

The Futurians were a notable science fiction fan group that came together in 1938. In his book about the group, Damon Knight described them as "a group of hungry young science fiction fans and would-be writers which evolved into a sort of subculture: the Futurians had their own communal dwellings, their folklore, songs and games, even their own mock religion." Science Fiction fandom, like the existence of a dedicated genre magazine, found its roots in the efforts of magazine publisher Hugo Gernsback, who recognized the importance of having a reliable subscription base.  To aid his publishing efforts, he put together the Science Fiction League, whose members corresponded with one another about all things SF and met in local chartered clubs.

Gernsback's ecosystem of fans and publications wasn't universally successful, partially due to his publishing practices. Aspiring author Donald Wollheim submitted a story to one of Gernsback's publications, Wonder Stories, which was accepted and published. However, in true Gernsbackian fashion, Wollheim was shorted his payment, and was only paid when he hired a lawyer. He found that there were other authors with similar frustrations, and attended a local meeting of the Science Fiction League, where he met three other fans: Robert Lowndes, John Michel and Frederik Pohl to complain about the treatment faced with Wonder Stories.

Gernsback's franchise of chartered clubs weren’t the only organized fan groups in existence: Others were springing up, utilizing the formal Robert’s Rules of Order as a guide. There was the Brooklyn Science Fiction League, the East New York Science Fiction League, the International Scientific Association and others in the New York region, and each group had a small circle of fans that came together locally, printed their own fanzines and generally obsessed over the latest magazines and stories that they had read.

Pohl and Lowndes were two fans who had gotten hooked on science fiction, and had met through correspondence, eventually meeting face to face at SFL meetings. The two were struck by Michel and Wollheim when they attended their local club’s meeting: The pair had published fiction in a major magazine! They were also taken in by what the two authors had to say: They were furious at Gernsback at his non-payment for their stories and were seeking to convert new members to the cause.

The airing of the misconduct of Gernsback's magazines prompted the closure of the New York chapter of the SFL, likely due to Wollheim's own belligerent behavior. He often showed up to most meetings attempting to convert its members to a rival club, the International Scientific Association. However, the ISA, led by fan Willy Sykora, was headed for its problems as Sykora and Wollheim clashed as they began planning an international science fiction convention in 1939. Wollheim left the group, leaving an ideological split amongst the New York fans. They had their own ideas as to what fandom could accomplish: promoting a progressive and left-leaning political ideology. Indeed, a number of the Futurians would come from various leftist ideologies: Trotskyism, communism and socialism, but this wasn’t universally the case. Wollheim and his friends—Pohl and Michel among them—ended up putting together the Committee for the Political Advancement of Science Fiction, all the while bothering Sykora: They followed him to the Queen Science Fiction

League, and chased him out, shutting the club down after he left. Shortly thereafter, Wollheim organized the Futurian Science Literary Society, and held their first meeting on September 18th, 1938. They met, discussed and argued about the genre, all while maintaining a level of standoffishness from other fans and publications. Astounding Science Fiction and Campbell’s assorted group of authors were looked at with distrust, and certainly Gernsback’s own magazines weren’t favored. Selling a story was of paramount importance, and over the short life of the club, members wrote for a wide range of other publications.

In 1939, the Futurians were at odds with the Queens Science Fiction Society. The group's leader, James Taurasi, had rejected a “unity offer,” prompting the Futurians to censure the leaders of their rival groups: Taurasi, Sykora and Sam Moskowitz. At this point, members of each group had been thinking of putting together a major fan convention for that year. Several events had already been held in the region over the recent years. Wollheim and several others had been on the convention's planning committee, but were forced out by the trio, who called themselves the “New Fandom.” The Futurians were left sputtering, indignant at the actions and resigned the posts that they held in other groups in protest.

Their treatment was probably somewhat warranted. The Futurians had a reputation for being standoffish, and Wollheim was known to be fairly belligerent when it came to people he didn't like. Driven by their egos and petty squabbles, the group planned retaliation. The 1st World Science Fiction convention was held at Caravan Hall on July 2nd, 1939, and they planned on showing up.

On the morning of the convention, Moskowitz and Sykora were at their respective homes, working on last minute preparations for the day. The Futurians arrived at the convention hall, only to be confronted by the event’s remaining organizer, Taurasi, before they could make it 10 feet from the elevator. Their arrival had been anticipated by the organizers, and they had discussed barring the group’s members from attending the convention, fearing that they would deliberately cause trouble.

Outside the convention hall, the Futurians argued with Taursai until Moskowitz arrived, who questioned Wollheim and the others in turn. He was about to let them in when a pamphlet was pressed into his hand, brought up by another fan coming from another floor. The bright yellow print-out featured a shrill argument against the convention's organizers, arguing that the event was run by coercion and dictators, was at the bequest of the publishing industry, furthering their own interests, and was written by Futurian members John Michel and David Kyle.

Furious, Moskowitz turned on Wollheim: "I thought you just said that you would do nothing to hurt the convention," he told him, showing him the flyer.

"But your group was passing them out!" Louis Kyle told him.

Moskowitz tried to get Wollheim to promise that he would do nothing to disrupt the convention. Wollheim refused, and he, along with Pohl, Michel, Lowndes and Gillespie, were refused entry. Pohl later recounted in his memoir: "When we came to Bahai Hall, Don Wollheim, Jonny Michel, Bob Lowndes, Jack Gillespie and I were turned away. Other Futurians were let in and ran courier between us excludees and the action inside, but we were Out." Asimov, who arrived later, recounted that he had been speaking with John Campbell Jr. when this occurred, and didn't fully realize what had happened when he entered. The Futurians retreated to the cafeteria nearby, where they met plenty of other convention goers, such as Forrest Ackerman, who arrived in costume (the first cosplayer in SF history), Ray Bradbury and others. The fallout after the convention came not long after, and many fan groups from around the country condemned or praised all parties, and eventually, most members made up and continued to work alongside one another in the Science Fiction publishing industry.

The members of the Futurians and the Queen Science Fiction League were both a contentious population of talented fans who had many ideas for what the central purpose of fandom and its promotion could accomplish. There's little wonder that there was such Balkanization within fandom, and the arguments that appeared in the early days serve as a good reminder of the level of passion and personality conflicts that existed within the fledgling genre fans. Looking at the present day, it's certainly possible to see modern arguments playing out within various personalities within fandom amongst the blogosphere and social networks. The expulsion of the Futurians leads to a look at the nature of science fiction fandom in the early days: small groups, linked by common interest and fanzines that kept them up-to-date on all the latest happenings. They were, in effect, an early social network. Transport those fans of the late 1930s to present day, and they might find themselves right at home, for better or worse.