Making the Jump from Sci-Fi Films to Sci-Fi Books 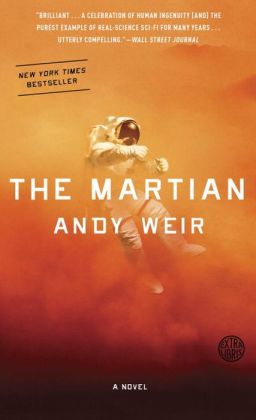 In this column, I often write about science fiction and fantasy television and film adaptations—that is, upcoming television shows and theatrical films that are based on science fiction and fantasy stories that originated in books. The adaptation industry is booming and there are more written stories being adapted for the visual media than ever before. It's always a treat (and sure, sometimes a frustration) for readers to see the stories that they love being told on television or movie theater screens around the world.

But what about adapting stories in the reverse direction? Who's looking out for sci-fi moviegoers who like what they see on the screen and want to explore those themes further on the written page? That's where I come in. This week, I'll take a look at a few of the more popular sci-fi films being watched by moviegoers on streaming services and offer some suggestions on where they can get that same satisfaction, usually in much more depth, on the written page.

If You Liked George Clooney and Sandra Bullock in Gravity…

The Oscar-nominated film Gravity was lauded not just for its compelling, edge-of-your-seat story, but also for the relative scientific accuracy of things that happened in the film. (Emphasis on the word "relative"…it's not perfect, but Gravity goes to a greater length to appear scientifically accurate than your average sci-fi film.) The film jumps right into the story of a mission to service the Hubble Space Telescope. During the spacewalk to do just that, catastrophe strikes: A Russian missile strike on a defunct satellite sends a high-speed cloud of debris toward the astronauts. As a result, they become stranded in space and must find a way home.

If you liked experiencing the sense of danger of being stranded away from planet Earth, and the ingenuity employed in finding a way back home, go read The Martian by Andy Weir. It's about an astronaut named Mark Watney who is left for dead during a mission to Mars when catastrophe strikes and the mission is suddenly aborted. Watney must use his intellect to survive alone on the harsh, unforgivin

g planet with the little resources available to him, and he must also find a way to contact Earth to let mission control know he is still alive. What's fantastic about this story is that even given the dire circumstances of Watney's predicament, he remains surprisingly upbeat (and even snarky) in his diary entries where he records his efforts to survive. The story itself is refreshingly optimistic, but no less engrossing for being so. The Martian has been optioned for film, with Ridley Scott directing a cast that features Matt Damon as Watney, as well as Jessica Chastain, Sean Bean and Chiwetel Ejiofor.

If You Liked Matthew McConaughey and Anne Hathaway in Interstellar…

The central conceit of Christopher Nolan's epic near-future film Interstellar is that the Earth, experiencing a severe scarcity of natural resources, is doomed. But there is a small chance that humanity's future may lie in finding another habitable planet. A former NASA test pilot (McConaughey) stumbles upon a secret NASA installation whose goal is to do just that. He joins the team to fly towards a wormhole in space that could be the doorway to a new home for mankind.

End of the world scenarios are usually fairly bleak, and it's no different in Stephen Baxter's duology comprised of Flood and Ark. In Flood, the human race faces extinction when the Earth's ocean levels rise with no apparent end in sight. It's a slow, decades-long road to the end of the world. An attempt to find a home on another planet is detailed in the second novel, Ark. It shows the efforts put forth by a secret consortium of the rich and powerful to train a group of young people for mankind’s first planetary colonization mission. Things do not always go well—it wouldn't be interesting if they did—but the story never loses its sense of how important it is for humans to come up with an alternative to extinction.

If You Liked the Adventure in Guardians of the Galaxy…

Yes, I know, Guardians of the Galaxy is based on a comic, so that's the obvious go-to choice to recapture that same sense of adventure, right? Well, sure, you can do that…but what about those that crave the story told in a longer novel format? Science fiction has you covered! To set the stage: Guardians of the Galaxy is the summer blockbuster film in which a ragtag team of misfits come together to save the galaxy. It's grand in scope, with colorful characters, numerous conflicts and all-out action.

Everything about Guardians of the Galaxy screams "space opera" and if that's what you crave, then the series you want to read is The Expanse by James S.A. Corey (the pseudonym for the writing team of Daniel Abraham and Ty Franck). The first book in this futuristic series is Leviathan Wakes, which is about a conflict involving Earth, Mars, and the Asteroid Belt colonies…and who will control mankind's further colonization beyond our own solar system. Leviathan Wakesis followed by Caliban's War, Abaddon's Gate and Cibola Burn. And, in another weird Mobius twist of adaptations and film-to-book recommendations, The Expanse series has been optioned for TV. Now's the time to dig in and start having fun.