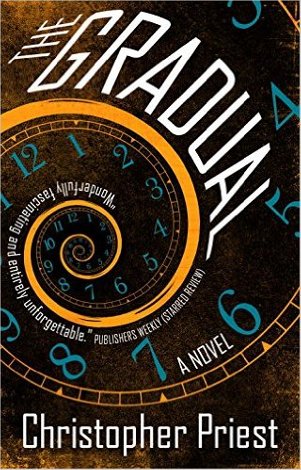 Are you an avid reader? I know what you're thinking: "I wish someone would point me to some noteworthy books being released in September!"  Well, you've come to the right website. Here's a roundup of September's most spectacular science fiction, fantasy, and horror reads. As an added bonus, there's a book of historical fiction written by a gifted writer who usually plays in the speculative sandbox. Also included in this month's selection are floating cities made of bone, alien invasions, spectacular space operas, and gothic horrors. You're sure to find something that will entertain you and stretch your imagination.

Age of Heroes by James Lovegrove

WHAT IT'S ABOUT: Greek demigods (the offspring of Gods and humans) Heracles, Perseus, Theseus, Orpheus, Achilles, Hippolyta, Aeneas, King Minos, and Helen of Troy are alive and have been roaming the Earth for centuries, trying to fit in while enjoying their immortality. That is, until someone figures out a way to kill them.

WHY YOU MIGHT LIKE IT: It re-imagines Greek mythology and spins it into something much more modern and accessible.

WHAT IT'S ABOUT: The fate of a floating city with living spires made of bone is in the hands of those who find themselves newly in control of it, and who also discover some of the city's darkest secrets.

WHY YOU MIGHT LIKE IT: The previous novel, Updraft, was a critical and fan fave. More adventure in the same imaginative universe? How can you miss?

WHAT IT'S ABOUT: Collects two of the author's novels (Malafrena and Orsinian Tales) which are set in the richly-imagined and fictional European country of Orsinia. To be clear, these stories are considered historical fiction, the focus of Le Guin's writing before she turned towards speculative fiction. No matter; if you've never read Le Guin (or speculative fiction) before, this is sure to get you to seek out her other books.

WHY YOU MIGHT LIKE IT: The Library of America carefully selects only the best fiction by the best writers to be included in their catalogue. Ursula K. Le Guin easily qualifies.

WHAT IT'S ABOUT: Imagines what Belgium's disastrous colonization of the Congo would have looked like if the native populations had learned about steam technology earlier than they really did.

WHY YOU MIGHT LIKE IT: It's described as a Neo-Victorian alternate history, but also offers a steampunk vibe, too.

The Family Plot by Cherie Priest

WHAT IT'S ABOUT: A company paid to strip an old house for its valuables finds that not everyone agrees on its fate. The biggest opponent? The ghost of the house's former owner.

WHY YOU MIGHT LIKE IT: This gothic ghost story is atmospheric and more than a little creepy.

WHAT IT'S ABOUT:  In the far future, a distant planet on the edge of the galaxy is attacked by alien machines, so its representatives enlist the aid of a ragtag team of would-be heroes to come to their defense.

The Gradual by Christopher Priest

WHAT IT'S ABOUT: A composer living in a fascist state sees his brother go off to war. On a cultural tour, he learns about a group of islands that the military has marked as forbidden. That knowledge changes his perception and brings with it unexpected answers about life.

WHAT IT'S ABOUT: In an apathetic society devoid of ethics or regulation, a street thug named Riko has her memories wiped, her reputation destroyed, and a girlfriend who's turned into a tech-fueled zombie. Her only salvation may be a group of mercenaries who unfortunately think she screwed them over.

WHY YOU MIGHT LIKE IT: Mixing together high-tech imagination and conspiracy, this one is sure to satisfy the cyberpunk craving you didn't know you had.

WHAT IT'S ABOUT: Aliens use a reality-affecting force called "thelemity" to wipe out most of humanity. Centuries later, as a new onslaught approaches, heroes rise from unlikely quarters to meet the alien threat.

A Night Without Stars by Peter F. Hamilton

WHAT IT'S ABOUT: In this follow-up to the high-concept The Abyss Beyond Dreams, the planet Bienvenido—after centuries of being trapped inside the Void, a previously impenetrable planet-eating region of space from which dreams emanate—is expelled into normal space where two species (one human, the other aliens who can mimic their prey) battle for supremacy of the planet.

WHY YOU MIGHT LIKE IT: It's set in Hamilton's richly-imagined Commonwealth universe – meaning once you finish this taste of the incredibly detailed setting, there will be plenty of other stories at hand to satisfy your thirst. (Tip: Start with Pandora's Star / Judas Unchained duology.)

WHAT IT'S ABOUT: Magic, in the form of an enigmatic young waitress named Lioness Lazos who possesses strange abilities, encroaches on the lives of a comfortable older couple.

WHY YOU MIGHT LIKE IT: This long-anticipated novel—fans have been waiting for more than a decade!—does not disappoint as it examines the nature of love and growing older.

Women of Futures Past edited by Kristine Kathryn Rusch

WHY YOU MIGHT LIKE IT: Longtime editor (and mind-expanding author in her own right!) Kristine Kathryn Rusch has a keen eye for the stuff that makes science fiction memorable.

Here are some additional short fiction titles worth checking out this month: