YA I’ll Be Reading in April 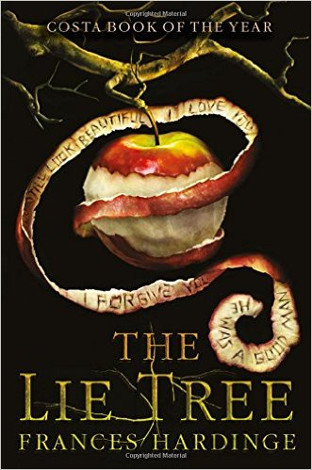 New month, new books! Beyond Scarlett Epstein Hates It Here and A Fierce and Subtle Poison, both of which I’ve already covered in this column, here are some of the April releases I’ve got my eye on:

A trio of oddballs—including our titular character—send away for a magic amulet on the internet, and when it arrives, it seems like it…might work? Meanwhile, an evangelical preacher known for his homophobic rants has moved to town, and his son is now in Monty’s class. I gave this one a quick read back in January and loved it; I’m looking forward to giving it a closer look when I get my hands on a finished copy.

The Star-Touched Queen, by Roshani Chokshi

High fantasy starring a princess doomed to marry “death and destruction,” with bonus poisonings and demons and magic. Chokshi pulled from Indian folklore and mythology for her worldbuilding, and everyone’s saying that there’s romance and mystery and lovely, rich descriptions. I can’t seem to turn around without running into buzz about this book, and I’m very much hoping that it’s warranted.

The Lie Tree, by Frances Hardinge

The Last Boy and Girl in the World, by Siobhan Vivian

Two of my Always Authors—they write it, I read it. Hardinge is one of the best fantasy writers around—her books are always entirely immersive, original, and atmospheric.

In addition to a star from Kirkus, it’s very much worth noting that The Lie Tree not only won the most recent Costa Award, but was the first children’s book to do so since 2001. Vivian, meanwhile, writes contemporary YA, and I love her books because her books are full of such realistically flawed people, and because she allows her characters room and time to grow. The Kirkus reviewer was a little bit iffy on this new one, but I’ve loved her previous books so much that I’m all-in, for sure.

The Haters, by Jesse Andrews

Two sophomore novels! Hattemer wrote The Vigilante Poets of Selwyn Academy, which I adored, and Andrews wrote Me and Earl and the Dying Girl, which I also adored. Both books are about road trips—in Hattemer’s, a group of friends is sent on a quest to Europe by a dying friend; in Andrews’, a group of young musicians skip out on jazz camp in order to play a perfect show—and while Kirkus found faults in both, I’m still entirely looking forward to reading them.

Dan Versus Nature, by Don Calame

The New Guy (and Other Senior Year Distractions), by Amy Spalding

April is shaping up to be the month of Kirkus Didn’t Love It, But I’m Going To Read It Anyway. Kirkus dinged Dan Versus Nature for the immaturity and the constant bathroom humor…which is exactly what I’ve loved about Calame’s previous books, so I’m still looking forward to it. And Spalding’s book appears to have been less classically rom-commy than the Kirkus reviewer expected, but that’s exactly what I liked about her previous book, so it looks like that one might be a good fit for me as well.

Tell the Wind and Fire, by Sarah Rees Brennan

A new series by Sarah Rees Brennan? I don’t even have to know what it’s about to know that I want to read it now, now, now.

The Darkest Corners, by Kara Thomas

Two girls are desperate to find the truth behind a decade-old murder before they leave town for college. Small town politics, economic class, and long-held secrets all factor in. Starred review.

A story set in a girls’ correctional facility? I’m always here for that. With horror elements?

DOUBLE here for that. A starred review and praise for emotional depth and strong character development? GIVE IT TO ME RIGHT NOW.

I’ve said it before, and I’ll say it again—there’s not a whole lot of comic fantasy out there, which makes me even MORE grateful for how wonderfully FUN Hawkins’ books are. They’re always a treat to read.

Anything in particular that you’re looking forward to?